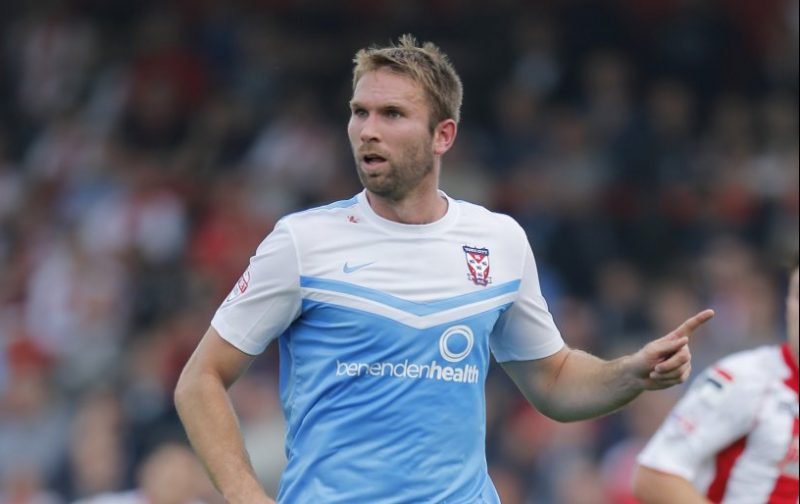 The 33-year-old arrives at York Street having helped Harrogate Town to promotion while making sixteen appearances and scoring once last season.

McCombe totalled 61 games and four goals with the Minstermen, soon forming a dependable partnership with the similarly highly-experienced Keith Lowe,  up to his departure by mutual consent in February 2016.

During his career, the Pontefract-born defensive stalwart approaches 450 senior appearances since making his debut for Huddersfield fifteen years ago.