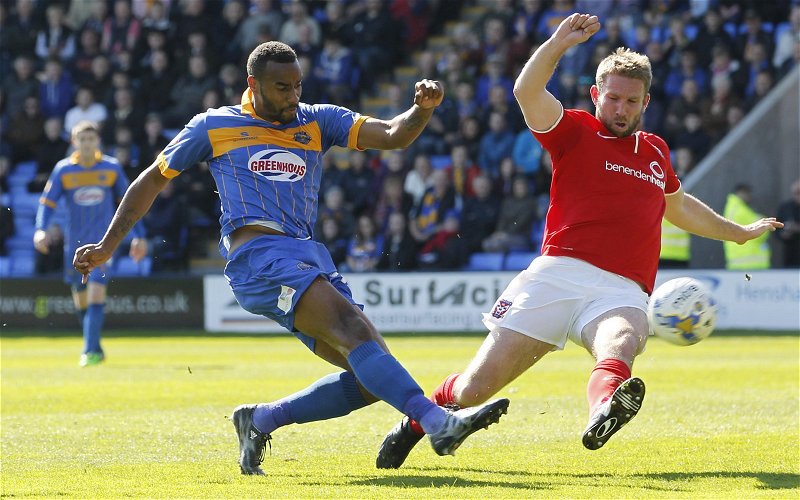 The 33-year-old scored once in sixteen appearances for the National League North runners-up following his departure from Chester in February.

Pontefract-born McCombe included earlier stays with Macclesfield Town, Mansfield Town, Port Vale, Hereford United and Huddersfield Town, and already has in excess of 400 senior games and 26 goals to his credit during his career.

While at Bootham Crescent, the big stopper totalled 61 appearances and contributed four goals before leaving by mutual consent in February 2016, having not featured in three months under then manager Jackie McNamara.

Striker Simon Ainge has already joined Darlington after most recently being on loan to Wrexham, with defender Callum Howe brought into the club after being allowed to leave Port Vale.

Manager Simon Weaver is currently preparing his squad for a first-ever season at fifth-tier level following their promotion through the play-offs.