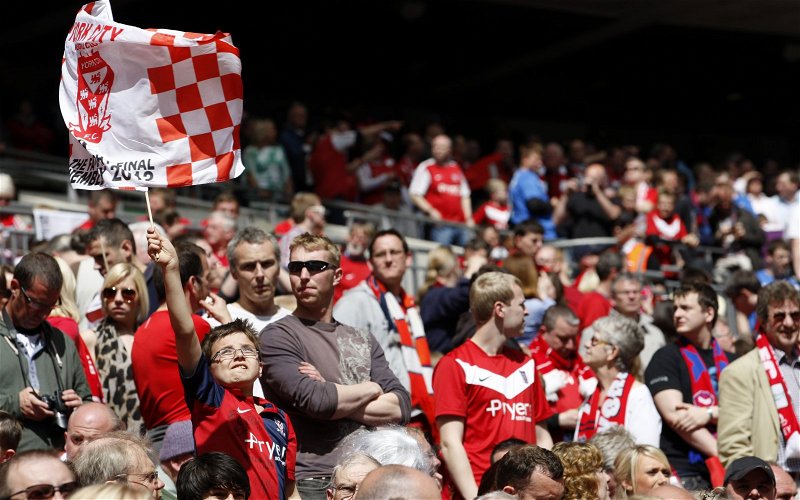 Somehow York City still have something to play for going into their final game of the regular season at Brackley Town on Saturday afternoon (kick-off 3.00pm).

In truth they certainly don’t deserve it given their latest efforts of taking just two points from a last available eighteen while combing a number of totally unacceptable performances. 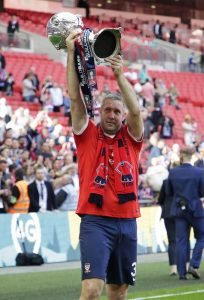 Jon Parkin scored both goals against Brackley in October

However, with a most obviously shattered Spennymoor Town’s hectic programme failing to yield a single victory in their last seven games, York are fortuitously back in the race – well just about.

The equation is relatively simple: they must first win at Brackley while hoping that seventh-placed Bradford Park Avenue lose at Kidderminster Harriers, in fourth, and both Spennymoor (at home to Southport) and Blyth Spartans (away to Nuneaton Town) fail to achieve victory.

The Minstermen were already required to be successful on Saturday in order to retain the opportunity of finishing closer to the top three  – where their weekend hosts currently sit – than the relegation places. That fact alone is nothing short of astonishing.

Manager Martin Gray reports that striker Alex Kempster has recovered from a hamstring strain and should continue  up front alongside skipper Sean Newton, who scored York’s first goals in more than six hours of football last time out.

Midfielder Clovis Kamdjo [cruciate ligament] is also likely to be involved while continuing his comeback. But on loan Alex Pattison [hamstring] has returned to parent club Middlesbrough, and both leading goalscorer Jon Parkin [knee] and Louis Almond [calf] remain out.

“I want to make sure we finish the season with a real honest performance,” Gray told BBC Radio York. “And again I will put the players out that I believe will give their best. The fans deserve that. It’s so important we go down to Brackley to win the game.

“Brackley have done fantastic and got themselves into a great position,” he added. “It’s something that we should have done and I apologise to the fans because we’ve failed. What we’ve done hasn’t been good enough and all I can do is apologise.”

Brackley have actually lost their last three home games to Chorley (1-2), Bradford Park Avenue (0-1) and Alfreton Town (1-3) after over a year undefeated at St James Park. But they are already confirmed as finishing third in the table.

The hosts are though missing Jack Byrne through injury, while including former City defender Luke Graham within their ranks – and on loan 35-goal Newport County striker Aaron Williams.

Table as it stands: