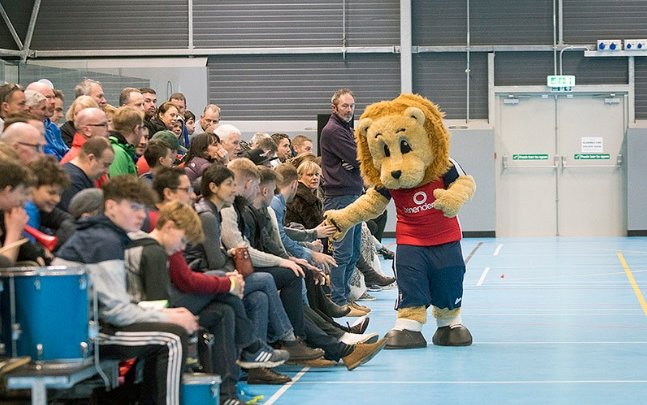 They are already describing it as their “most important game ever” while asking supporters to rally behind them for an absolutely crunch relegation clash with Tranmere Rovers at the YorkSport Arena on SATURDAY afternoon (kick-off 3.15pm).

Both clubs approach the contest on the back of heavy weekend defeats – and in the Minstermen’s case two on the very same day.

For their part, Tranmere were being soundly thrashed 14-3 at second-in-the-table Reading Escolla.

However, victory this weekend for York would leave them virtually safe from relegation as they already enjoy a three-point advantage over their rivals and still a better goal-difference.

Also, all of York’s other remaining league fixtures are at home, to Cambridge United, Oxford City Lions and Reading,  while Tranmere have one fewer game and must twice face Oxford.

On the downside for manager Junior Roberti is that fourteen-goal leading marksman Daniel Pedras is
currently injured with a broken hand, while skipper Fabinho Almeida also struggled for fitness during their capital double-header.

City aren’t finished following the arrival of Tranmere either, because on Sunday afternoon they host top-flight rivals FC Salisbury at the same venue in the FA Futsal Cup second round (kick-off 4.45pm). York already beat Sheffield 3-1 at the earlier stage of the competition.

The Minstermen also previously overturned Salisbury 6-3 at home in the league back in October, with goals from Almeida (2), Pedras (2), Sergio Sedeno and fly goalkeeper Vlad De Paula.