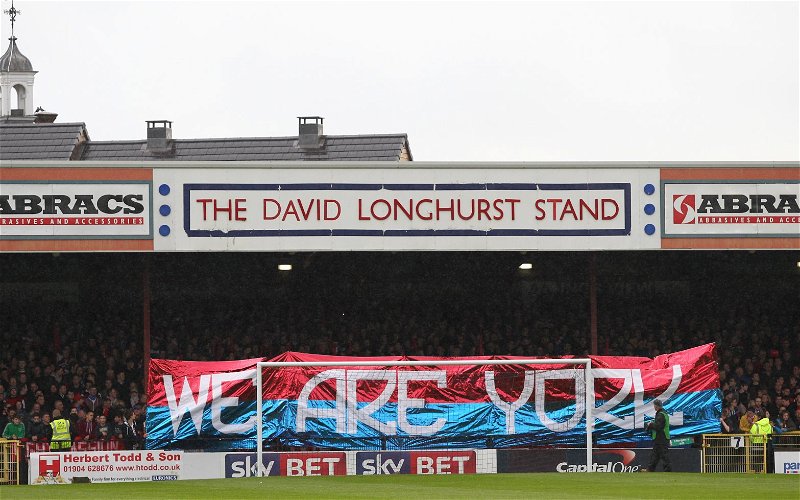 York City’s weekend meeting with Leamington still has relevance – but only just, despite it arriving on the back of a truly disastrous four successive defeats for the hosts without even responding with a goal.

Both Spennymoor Town and Chorley blew their respective opportunities of extending their advantage over City to five points while respectively losing to manager Martin Gray’s former club Darlington and his latest visitors Leamington on Thursday evening.

The odds are still heavily stacked against the Minstermen, who nonetheless should consider themselves particularly fortunate to even still be remotely involved in a play-off chase given their recent shocking efforts.

Both Spennymoor [at Curzon Ashton] and Chorley [at Tamworth] remain the favourites to take the last couple of places and are on their travels this weekend, ahead of a gruelling further four and three games respectively over the next eight days; although technically as far down as Nuneaton Town in thirteenth position could yet deny them a play-off finish.

Whatever the various end-of-season scenarios, York simply must beat Leamington and then almost certainly win at third-placed Brackley Town in their final game to have even a remote opportunity of returning into the top-seven through an only slightly ajar back door.

But they are going to be attempting to do as such without the once again sidelined Louis Almond [calf], Alex Pattison [hamstring] and Jon Parkin [knee], although striker Alex Kempster [hamstring] could return.

“They’ve [the players] got to go out and win a home game, it’s as simple as that,” manager Gray told BBC Radio York. “You can dress it up as much as you want. We owe the fans a win.

“And disappointed as we’ve all been, we’ve got to make sure we come out this weekend and give everything for York City Football Club and the fans. Don’t hide behind the dugout or stand beside an opponent. Come out and put your chest out – and if you do that, that’s all everyone asks for.

“We’re all in this together and we’ve got to get out of it together,” he stressed. “I’ve got to lead from the front and they’ve got to lead on the pitch. And if you do that you’ll put in good performances and that will produce good results.”

Leamington are almost safe having importantly overcome play-off hopefuls Chorley 2-0 less than forty-eight hours prior to their Bootham Crescent arrival.

However, they’ve already suffered defeats in their previous four away games to Telford, Bradford, Stockport and Spennymoor.