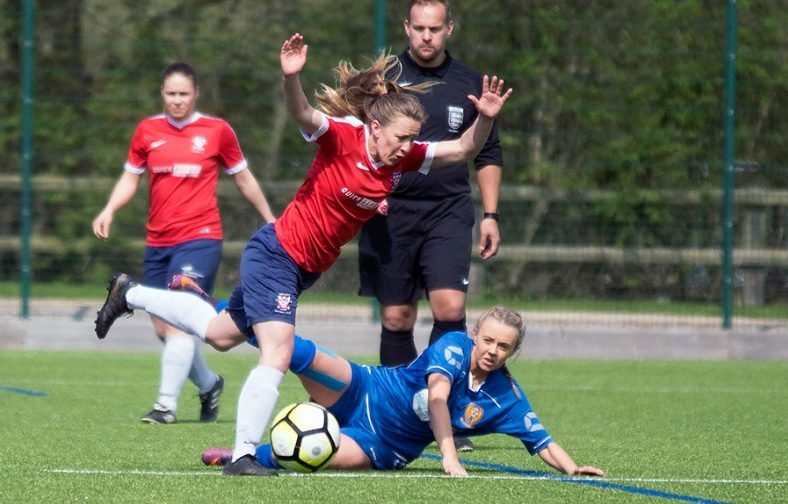 Player of the match Nikki Brown was on target for the visitors along with Helen Winterburn making it three goals in her last three appearances.

Substitute Lindsay Jordan also scored twice for the Minsterbelles, including from the penalty spot.

It means City finish sixth in the division for the second year in succession having won six of sixteen games, leaving them ten points clear of the bottom two.

Last season they accumulated twenty-five points while including four extra games, with both campaigns witnessing three-point deductions for failing to fulfil a fixture.

Lucy Lendhill ended as top goalscorer on eleven, while there were also notable contributions from newcomers Alice Turner (8), Anna Whitehead (5) and Jordan (5) after stepping up from the reserves.

Lindsay Jordan scored twice after coming off the bench

Meanwhile, the drama continues at the top of the table as unbeaten Norton & Stockton Ancients, needing only a single point to lift the title, surprisingly crashed 4-1 at Hartlepool United. Caitlin Bates (2), Jade Pye and Jessica Dawson on target for the hosts, with Shannon Reed replying.

Second-placed Durham Cestria were already handed a walkover victory against RACA Tynedale, which leaves the leading two clubs absolutely level on both points and goal-difference.

However, Norton remain top having netted a couple more goals, while also with a single fixture to play at Farsley; where another three-goal defeat would actually witness them narrowly missing out on the title for a second consecutive year.