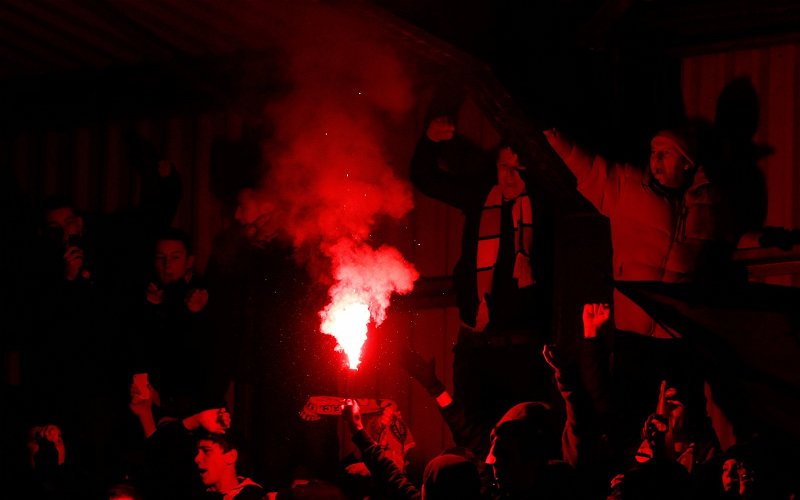 York City’s shocking campaign is just about over following a fourth straight defeat – and fourth game without a goal – at FC United of Manchester.

Yet again the visitors were found hopelessly wanting as Connor McCarthy’s 61st minute goal eventually separated the teams and in the process completed a league double.

Craig Lindfield had the first attempt from distance for the hosts, who were chasing the victory that would confirm their current league status. Adriano Moke’s edge-of-the-area reply was too high, before the visitors desperately scrambled away a corner as Scott Kay tried an overhead kick and the ball fortunately dropped for goalkeeper  Adam Bartlett.

Midfielder Moke dragged wide from York’s second corner of the evening, but then conceded possession to Joel Senior’s through ball and Lindfield wastefully struck at Bartlett from around eight-yards. Moke attempted to redeem himself with a strong individual break, until taking on one too many opponents.

The Minstermen went close on the half-hour when Law’s angled cross-shot was blocked with Newton trying to profit – and Moke’s follow-up deflected over. Hamza Bencherif soon lobbed into the net but from an offside position.

The hosts had the opening chance of the second-half with Lindfield heading wide from Steve Irwin’s free-kick. His corner was then nodded behind by Sam Baird, with Gray’s angled reply from distance directly at Lloyd Allinson. Moke also flashed wide from a fine solo break by Smith, who also witnessed another shot blocked.

That resulted in Newton’s corner being glanced onto the outside of a post by Bencherif, although United went ahead around the hour when Kay linked with Irwin and took advantage of available space for McCarthy to easily tap in.

Ferguson’s immediate cross was next parried away by Allinson, while Irwin’s long distance reply was suddenly deflected onto the crossbar.

Both Almond and Connolly were introduced from the bench for Gray and Moke, but it was Bartlett soon fumbling behind for a corner. Irwin also had an attempt deflected aside when the visitors were once more opened up by Senior.

Teenager Vinnie Steels replaced Ferguson with less than fifteen minutes remaining. However, it was Almond shooting over and then defender Burn forcing Allinson to parry at the expense of a corner.

Bartlett saved low from substitute Tom Greaves at the other end, while Daniel Parslow blocked from Kieran Glynn as  the part-timers deservedly achieved the result they required for safety.

York finished with substitute Almond once again badly limping – but nowhere near as much as his side have done over the past absolutely shameful seven months.