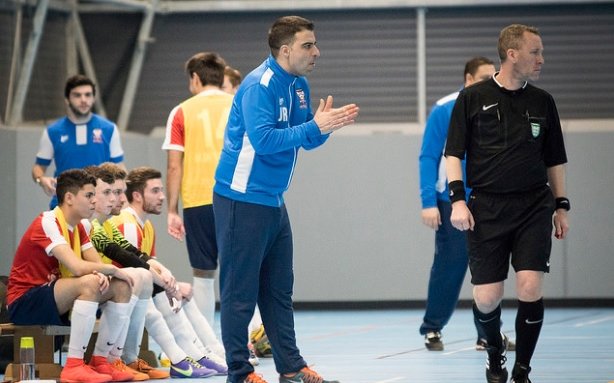 The Minstermen were always in charge while racing towards a three-goal interval lead – and they proceeded to add a couple more following it.

Michael Bulmer twice shot wide for them early on and Tom Blackburn was only blocked by the visitors’ goalkeeper.

But it was Oliver Toseland turning sharply on the left and superbly driving low into the far corner to open their account.

But City extended their advantage moments later with Robbie Bettson’s swinging cross from the right being turned in at the far post by his brother Jamie.

York were playing particularly well and appearing really confident, although great work from Blackburn should really have earned them another goal as the ball cleared the crossbar.

Blackburn also dragged another effort wide on the turn before De Paula blocked well at the other end.

Robbie Bettson was similarly thwarted on the break – but a third goal still arrived as his cross from the right was volleyed in at the far post by Alex McDowell.

The hosts were in firm control going into the second-half and were soon rewarded again, when England Under-19 international Bulmer raced through and slipped past the keeper – to the further delight of the home fans.

However, York were soon back on it as Almeida brilliantly crashed a fifth goal into the top corner with still fourteen minutes remaining.

Meanwhile, Bulmer and Robbie Bettson were later both twice denied as their colleagues maintained control on the way to almost guaranteed safety.