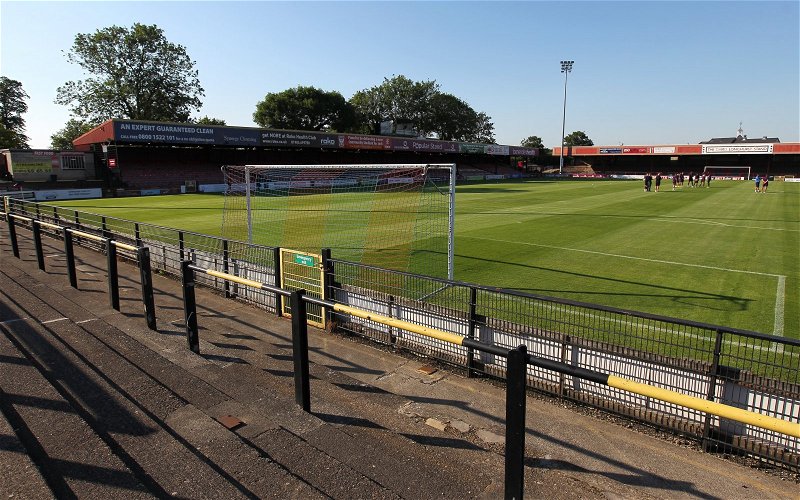 Having trailed at the break to a shocking Alex Kempster own-goal, the Minstermen hauled themselves back in front inside the final five minutes of the game when emergency striker Sean Newton added his second of the afternoon – making it ten goals for the season.

However, just as with manager Martin Gray’s second game in charge at Leamington way back in mid-October, they proceeded to carelessly throw it away at the death as substitute Matt Dodd equalised in the 89th minute to ensure his own club’s survival.

There were earlier three changes from a fourth successive defeat at FC United of Manchester, with Kempster, Connor Brown and Aidan Connolly replacing James Gray, Jonny Burn and Connor Smith. Clovis Kamdjo returned on the bench for the injured Vinnie Steels.

Veteran 25-goal leading marksman Jon Parkin was named as York’s latest ‘Clubman of the Year’ prior to kick-off, although it was the visitors with the first direct effort as Callum Gittings drove straight at Adam Bartlett.

Ninth-placed City were yet again decidedly scrappy in their work, until Connolly suddenly advanced and forced goalkeeper Tony Breeden to turn aside midway through the opening half.

Skipper Newton – once more playing up front – next headed wide from their second corner of the afternoon delivered by Josh Law.

But the visitors were absolutely gifted the lead just ahead of the interval, with young City striker Kempster slicing an Edwards free-kick into his own net.

Recalled defender Brown struck hopelessly wide for the Minstermen upon the restart and Law – again appearing  in midfield – was similarly off-target.

However, York were soon back level as Newton hooked in his ninth goal of the season from ten-yards when Connolly was initially denied by the advancing Breeden.

The diminutive Connolly next delivered only just ahead of Kempster while Hamza Bencherif headed wide from Daniel Parslow’s hoisted free-kick.

York made their first change inside the final twenty minutes with Smith replacing Kempster – and his inviting cross was soon volleyed over by David Ferguson.

A superb individual break from Adriano Moke then witnessed Smith forcing Breeden to save towards his top corner, while the lively substitute soon delivered another terrific cross before Newton drilled straight at Breeden.

But York surged in front with just four minutes remaining as Moke’s determined break ended with his firm edge-of-the-box drive being parried by Breeden and Newton headed in the rebound.

Typically that was only short-lived,  though, when Dodd got the better of Ferguson to equalise with a far post header from fellow substitute Liam Canavan’s 89th minute delivery.