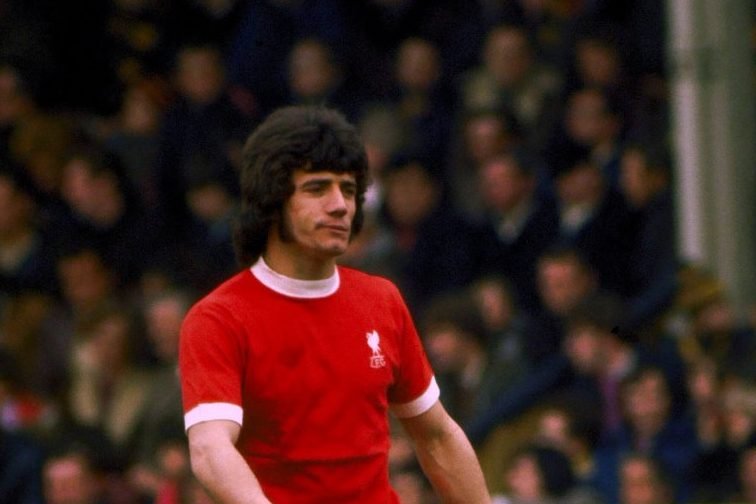 Red Rewind turns back to a midweek spectacular in September 1975, and a first-ever clash for the Minstermen – then a proud second-tier club – with the mighty Liverpool.

York City were only denied by a controversial 87th minute penalty winner in their League Cup second round meeting with Liverpool at Bootham Crescent.

The two sides were finally separated when home stalwart Chris Topping was harshly ruled to have fouled England’s Kevin Keegan inside the area late on. 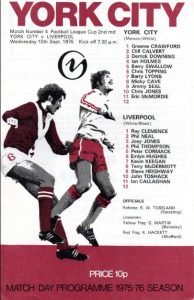 Defender Alec Lindsay stepped up to convert the penalty in front of a bumper 11,897 attendance – on an evening that also dramatically brought heavy rain, thunder and lightning to the proceedings.

Having fought back to defeat neighbours Bradford City in the previous round, Second Division underdogs York proved more than a match for illustrious opponents now just a single league higher than them.

Striker Jimmy Seal had already produced a decent early save from England international keeper Ray Clemence before Barry Lyons was only denied on the line after linking superbly with the outstanding Eric McMordie.

Local-born right-back Cliff Calvert then advanced with intent midway through the opening half and forced Clemence into a full-length reaction as the ball appeared destined for the bottom corner.

Home striker Chris Jones next hustled tall centre-back Phil Thompson off the ball and drove across goal with Clemence totally stranded, while York’s record signing Micky Cave could only strike directly towards the keeper after he’d spilled Calvert’s cross.

However, it was never just one-way traffic and Graeme Crawford was brought into action on a number of separate occasions at the other end, notably from the busy Keegan, while Ray Kennedy also saw a couple of wasted opportunities.

Skipper Emlyn Hughes later burst forward for the visitors and struck narrowly wide before Crawford finger-tipped away from right-back Phil Neal. The bustling Kennedy’s downward header from a Steve Heighway cross was also headed away from near the line by the covering Cave.

But a final desperate breakaway from the Merseysiders as they were pinned deep inside their own half and seemingly ready to accept an Anfield replay, witnessed midfielder Peter Cormack speculatively hoisting the ball forward and Keegan subsequently falling inside the area when in a chase with Topping.

Angry York players protested long and hard at the referee’s contentious decision, but Lindsay, who’d already struck the outside of an upright a few minutes earlier, retained his nerve and sent Crawford the wrong way from the spot.

Frustrated home boss Wilf McGuinness later responded: “Keegan took a dive. Topping played the ball and Keegan made the most of it and took a dive. The referee was in the centre-circle at the time of the incident.”