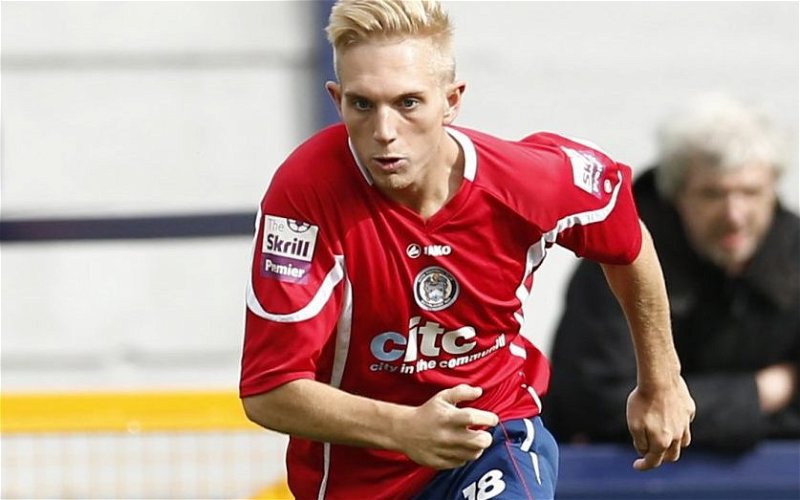 The 26-year-old scored just twice in 21 appearances for the Minstermen last season having joined from Tranmere Rovers twelve months ago.

However, the former Southport, Hyde and Blackpool front-runner suffered an injury-hit campaign that included him requiring shoulder surgery in November.

He was still offered a new deal by manager Martin Gray at the end of the season, but has declined that in favour of  returning to Lancashire.

Almond is joined at Victory Park by another one-time York goalscorer, Wes Fletcher, who includes Burnley and Motherwell amongst his previous clubs.

Fletcher appeared 68 times and struck twenty goals during his time at Bootham Crescent, but was to similarly experience lengthy periods on the sidelines following medial knee ligament damage at Portsmouth in March 2014.

He also suffered later hamstring problems ahead of switching north of the border three years ago, and was most recently with Welsh Premier League outfit The New Saints.

BREAKING NEWS ????️ | We are delighted to announce the capture of not one, not two, but THREE new signings this evening. Welcome aboard Louis Almond, Courtney Meppen-Walter & Wes Fletcher; more info to follow tomorrow… #MagpieFamily pic.twitter.com/JdafZuh3so