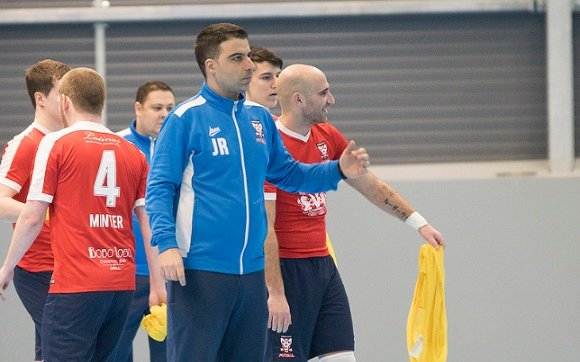 The Minstermen narrowly avoided relegation at the end of their first season in the National Super League despite losing seven of their final eight league games. 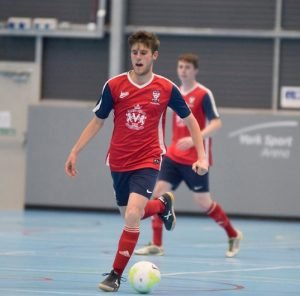 However, a vital 5-0 home triumph against Tranmere Rovers consigned their fellow newcomers to the drop instead, along with a youthful London Genesis.

City had earlier begun their campaign by impressively winning three of their opening handful of league games against Loughborough, FC Salisbury United and Genesis.

That followed them lifting the Northern Division One title for a second consecutive year while remaining  totally unbeatable last term.

“Our first season in the Super League has been mixed,” Roberti admitted to York City Futsal. “We knew that it would be very hard to play against the best in the country; and when we discussed the targets for this season, we agreed that to remain in the Super League was the aim.

“We survived and completed the job, so we did what we expected to do and should be happy,” he continued. “But it was a strange feeling losing games and not giving back to all the supporters.

“The teams we were playing last season in the division below, with all respect, were not as good as the teams we played this season. We are now playing all the big teams after winning the first division the last two seasons.

“These games include travelling more while playing against the best in the country, and that’s when we realise it would be a much harder job than we had the last two seasons. We came as a team winning pretty much every game to a team fighting for survival, mainly because the level of the competition changed.

“We need to be realistic and identify who we are – and what we want to do next season,” the Brazilian insisted. “I think next season is again going to be about survival and remaining in the Super League.

“We will need to work better in the recruitment. I think recruitment for this season wasn’t good and I take all the responsibility for that. That’s the first step to choose the right players to be wearing this shirt and then, knowing the level, making sure we can build a squad and team that can compete.”