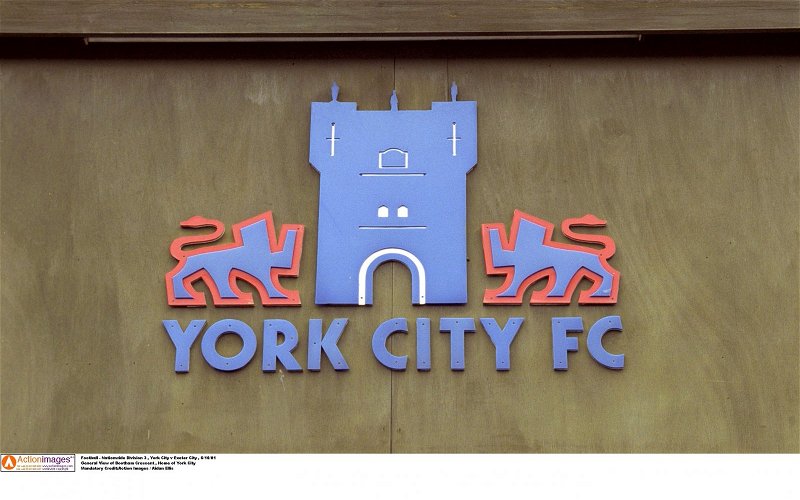 York City are still without a trio of strikers when visiting Nuneaton Town on Tuesday evening – and at least a couple of them will also be missing for the weekend game at Gainsborough Trinity.

Leading 25-goal marksman Jon Parkin, Louis Almond and Alex Kempster remain on the sidelines, with the former even potentially ruled out for the rest of the regular season following minor knee surgery.

Those absences witnessed the Minstermen starting their weekend home game against Harrogate Town without a recognised striker as lightweight wingers Aidan Connolly and Connor Smith instead formed their front-pairing.

That was despite a further three central forwards – single-goal James Gray, on loan Raul Correia and seventeen-year-old youth-team player Flynn McNaughton – being selected on the bench.

“None of them will be available [for Tuesday],” sporting director Dave Penney confirmed to BBC Radio York. “We’re hoping that Alex [Kempster] will join in come Thursday ready for the weekend.

“You’ve got to be careful with hamstrings. If Louis or Alex come back too early and tweak it, that’s them done for the season, so we have to be very careful with them.

“It was unbelievable because the [transfer] deadline came on the Thursday and the next day Jon [Parkin] came in needing an operation,” he continued. “And probably two or three days after that the other two got injured with their hamstrings.

“If the window had been open the manager could have dipped in and got a couple of players to help us get through this.

“It’s up to the likes of Flynn [McNaughton] and Connor [Smith], who are young boys, and now Raul [Correia] and James [Gray] to come to the party and hopefully chip in with goals.”

The Teesside businessman was previously chairman at their local rivals Darlington, where Gray successfully worked under him as manager.