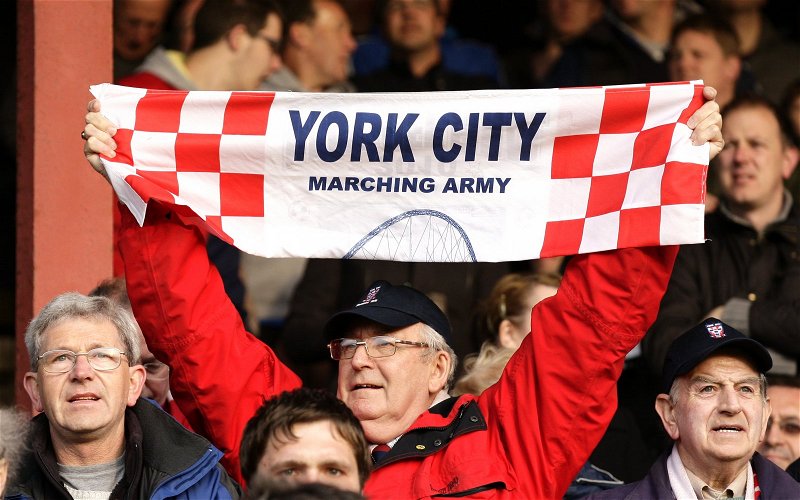 Teenage striker Flynn McNaughton is looking to continue his dramatic rise with York City next season.

The seventeen-year-old  goalscorer has signed a first professional contract with the Minstermen after beginning last term with the youth-team and finishing it by coming off the bench and impressing while making three senior appearances.

“I’m really happy; it’s something I’ve been looking forward to doing since I started playing football,” McNaughton told York’s official YouTube channel. “It’s what I’ve been working towards, so it’s a dream come true really. It’s been a long wait.

“I had other options and I had to consider them,” he admitted. “But when you get an offer to go professional you can’t really turn it down.

“I’ve been told [by manager Martin Gray] to come back in pre-season as ‘fit as a fiddle’; be at the front of all the running and stake my place in pre-season games. And at the start of the season I could be involved with the first-team. I just want to break into it and try make an impact.”