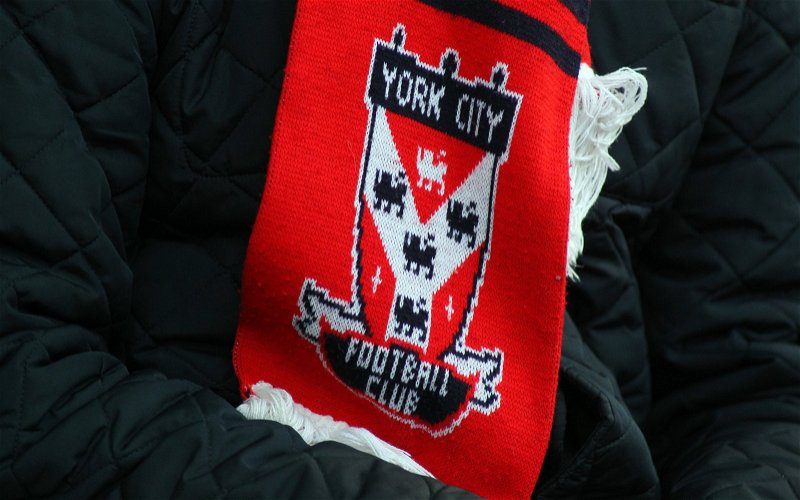 Manager Martin Gray maintains that York City are not a poor team despite their play-off hopes receiving a further blow with a decidedly tame 2-0 defeat to neighbours Harrogate Town at Bootham Crescent.

The Minstermen have slipped from fourth to seventh over the past week as their rivals begin to catch-up on outstanding fixtures; that’s ahead of a trio of forthcoming away trips, starting at Nuneaton Town in midweek and being followed by successive visits to Gainsborough Trinity and FC United of Manchester.

However, many of their supporters would doubtless beg to differ on his views after yet another inauspicious performance in which they never seriously threatened to overcome high-scoring opponents who, in truth, were hardly at their best.

“I thought it was a very good first-half performance and we looked strong and created two or three half-chances,” Gray told BBC Radio York. “Connor Smith’s through on goal and gets pulled back and maybe if he goes down it could be a penalty or sending-off.

“And a couple of good balls into the box in general play during the first-half and I thought we were very comfortable. Just so disappointed how we conceded two goals.

“We were better than them first-half and used and moved the ball well,” he continued. “It just felt like we didn’t have a real goal-threat and I knew that going into the game; you’ve got your three main forwards out.

“But the fans have got to understand that the transfer window has closed and did we know we would get three of our main forwards injured within seven days? No.

“I understand the frustration of the crowd but what I don’t understand is when they start saying you’re a poor team. We’re not a poor team. There’s been lots of changes at this football club and we’ve got to understand that we’re going through a real big transition.”