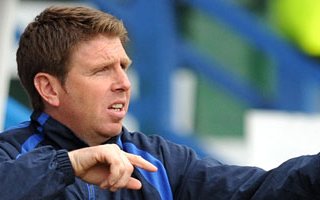 York City would equal their impressive winning sequence of four years ago if they can achieve a sixth successive victory against promotion rivals Spennymoor Town at Bootham Crescent.

That witnesses York now fourth in the table and within six points of second-placed Harrogate Town, although still well short of clear leaders Salford City.

The Minstermen’s second-half-of-the-season heroics under manager Nigel Worthington back in 2013-14 eventually propelled them into the end-of-season play-offs. That was despite them languishing just outside the relegation places at the turn of the year.

While it’s hoped that might be a favourable omen, City’s success that year was almost solely based on a virtually impregnable defence organised in front of a potential future England goalkeeper, while their attack usually struggled to register on too many occasions.

That six-game victory sequence in March 2014 actually featured only eight goals scored – but just a single one conceded. And for good measure York also had a trio of scoreless draws either side of it.

Not to be outdone, weekend visitors Spennymoor have also won their previous five games, including an FA Trophy penalty shoot-out victory over Gainsborough Trinity.

They then knocked National League Solihull Moors out in the next round having earlier completed a league double over neighbours Blyth Spartans across the festive period.

“I’ve never seen them [Spennymoor] play. I didn’t see the game up at their place,” assistant manager Dave Penney told BBC Radio York. “We’ll have a match report that we’ll sit down and have a look at. Look at their strength and personnel and pick what we’re going to do in terms of personnel and formation – and get ready for the game. You have to make sure that we know what we’re going to do. But you still need to be mindful of what their strengths and weaknesses are and what they do at set-plays.”

First-game back at Bootham Crescent since the 3-2 defeat to Tamworth at the end of October.

It’s a first-ever meeting at Bootham Crescent. York’s 4-2 victory at Spennymoor earlier in the season was an opening encounter between the clubs.