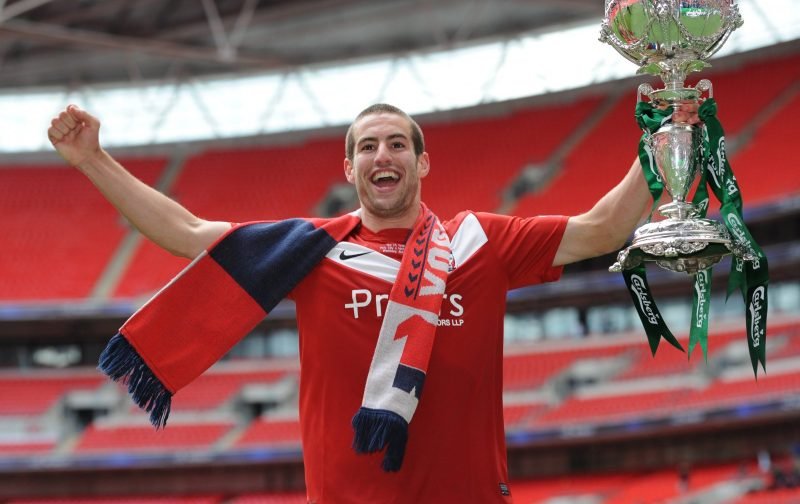 Travelling back six years to the very day, 12th May 2012, certainly one of the most notable in the Minstermen’s proud 96-year history,  as they lift their first-ever national knockout trophy at Wembley Stadium.

Wembley hero Matty Blair has spoken of how helping York City win the FA Trophy reduced both himself and his family to tears.

The 21-year-old winger made the breakthrough when chasing onto Ashley Chambers’ beautiful 65th minute through pass and lifting the ball over advancing Newport County goalkeeper Glyn Thompson. 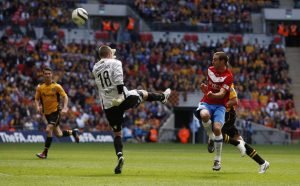 That was Blair’s nineteenth goal of a supremely productive campaign and followed recent crucial semi-final efforts against both Mansfield Town [play-offs] and Luton Town [Trophy].

“It was overwhelming,” Blair admitted to The Press. “Ash put the ball through. It was a lovely little ball and it bounced up nicely for me – just to dink it over the keeper. I have managed to do that.

“It was a great feeling to score in front of the York fans. It was just brilliant. Every positive word would describe the feeling I am having now.

However, supporters’ hero Blair must now try and do it again as the Minstermen face undoubtedly the most crucial game in their modern history when tackling regular adversaries Luton in the play-off final next week.