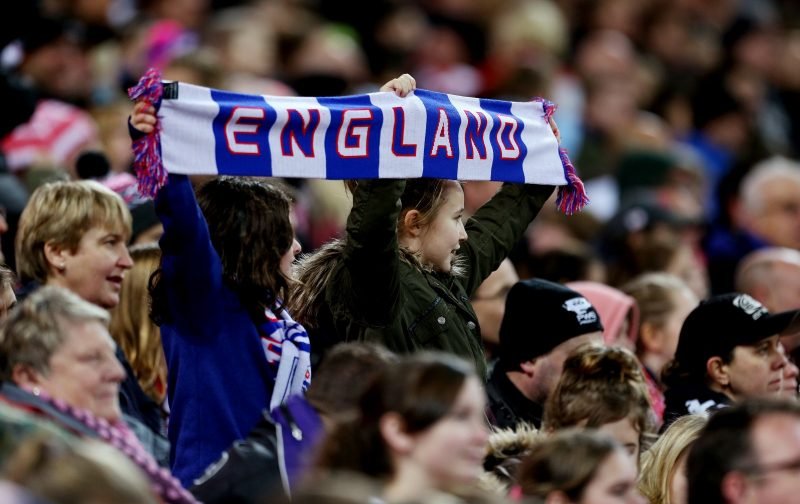 England’s Kayla Rendell was much the busier of the two goalkeepers and handling confidently during the opening stages, while Park, now with Manchester City,  soon became involved on seventeen minutes after Liverpool’s Missy Bo Kearns unfortunately turned her right ankle

Southampton keeper Rendell then came out to block well from Shekeira Martinez, although Gia Corley suddenly crashed against crossbar and in off the luckless Rendell following a misplaced pass in defence.

Substitute Park replied by lashing a 25-yard effort narrowly past the left-hand post,  although Leonee Kuster’s firm strike on the half-hour diverted in off Lucy Roberts for a third goal in just seven minutes.

The unmarked Martinez swept her second into the corner from close-range soon after the restart before the impressive Rendell denied a subsequent hat-trick with a sharp parry.

Germany skipper Ivana Fusco then turned onto Martinez’s 50th minute cross and struck a fifth goal as their domination was maintained.

But lovely footwork from Park on the edge of the area witnessed a rising shot deflected high before her resultant corner was headed over by Lucy Roberts; although the prolific Martinez was instantly released towards the other end and duly completed her second consecutive treble.

Vanessa Fudalla rapidly improved upon that when her effort again deflected off Abbie Roberts and over Rendell as the scoreline advanced to 7-0, while the valiant keeper later kept out a Martinez header before Kuster soon profited following another blocked shot.

Simran Jhamat finally forced a first meaningful save for Wiebke Willebrandt at the opposite end deep into added time;  but Germany next take on Spain in the final on Monday, when England also have a third-placed game against Finland after their 1-0 defeat.