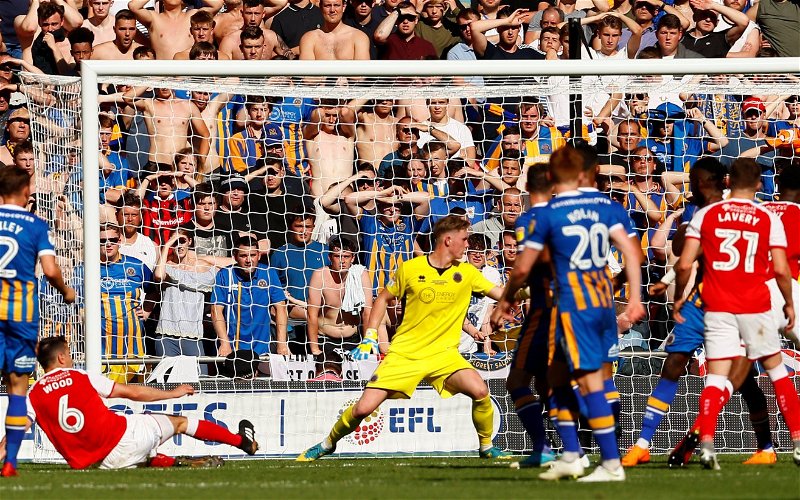 There was only disappointment for a quartet of former York City players in the League One play-off final at Wembley on Sunday afternoon.

Shrewsbury Town included ex-Minstermen Ben Godfrey, Alex Rodman, Carlton Morris and Bryn Morris, while Chris Doig is also their assistant manager, as they were eventually overturned 2-1 by Rotherham United after extra-time in front of a 26,218 attendance.

The Millers were relegated just over a year ago and had previously beaten Scunthorpe United in their semi-final – and wasted a great early opportunity to take the lead: David Ball’s ninth-minute penalty being saved by on loan Manchester United goalkeeper Dean Henderson after Omar Beckles had fouled Richard Wood.

Skipper Wood still headed them in front at a corner just beyond the half-hour mark; although Morris twice went close to an equaliser before ex-York winger Rodman turned into the net following a well-worked 58th minute free-kick.

Rotherham should really have already settled the issue during the regular ninety minutes, but nevertheless discovered a crucial extra-time winner when Wood claimed his second goal of the afternoon when arriving at the far post to meet another Joe Newell cross.