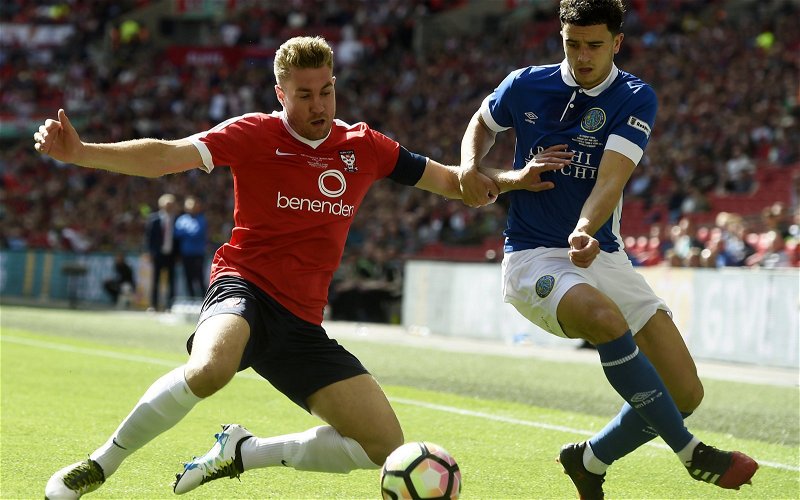 York City’s season is all-but-over after suffering another embarrassing 1-0 defeat to a part-time Gainsborough Trinity outfit who played for more than an hour with only ten-men.

But you would never have known it as goalkeeper Henrich Ravas experienced a virtually trouble-free afternoon.

Aidan Connolly, Jonny Burn, James Gray and Connor Smith reverted to the bench while Josh Law was left out completely. Teenager Flynn McNaughton was another not involved.

The hosts were, though, deservedly reduced to ten-men midway through the opening half when Fleming, who could already have been cautioned, was dismissed for a high challenge on Brown.

Boro made a couple of rapid substitutions, until Kempster showed determination and called keeper Ravas to block, while his opposite number Bartlett superbly denied Alex Simmons before the rebound was sent wide.

The visitors earned a couple of late first-half corners that came to nothing – and they made a switch of their own at the interval as Pattison, who had regularly been feeling his hamstring during the opening forty-five minutes, was replaced by Smith.

But they had a decent opportunity when teenager Steels delivered an inviting cross headed wide by Newton, who had been operating in an advanced role all afternoon.

However, absolutely calamitous defending at the opposite end of the pitch then witnessed goalkeeper Bartlett crashing into team-mate Parslow and Nicky Walker delivering for Worsfold to fire into an empty net.

Defender Brown was withdrawn moments after receiving a yellow card and replaced by on loan Burn, with his fellow centre-back Hamza Bencherif  being pushed up front behind Newton.

David Ferguson was soon blocked when linking up with Bencherif, and Connolly’s later shot was deflected wide before Bartlett came out to retrieve possession as the visitors were again caught on the break.

York pushed on towards four minutes of added time, with Parslow heading high before Heslop and then Smith desperately lashed wide – but it was just another shocking chapter in a seemingly endless horror story.