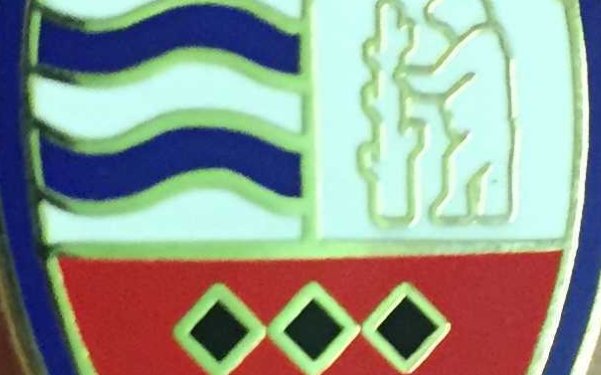 York City’s play-off challenge continues to dramatically collapse with another dreadful performance in a scrappy encounter against Nuneaton Town at Liberty Way.

Former York striker Ashley Chambers inevitably scored the winning goal with fifteen minutes remaining – and it was totally deserved given what had gone on before between two poor teams.

Sixteen-year-old Vinnie Steels was named amongst the substitutes, where there was also a return for Theo Wharton. Meanwhile, Raul Correia and Clovis Kamdjo dropped out completely.

And it was Nti with an early attempt blocked by Daniel Parslow at the expense of a corner from which unmarked centre-back Ryan Johnson headed wide. Chambers, who scored twice at Bootham Crescent earlier in the season, was also charged down.

Goalkeeper Adam Bartlett then fell to his right from Tom Elliott’s effort as the home side started the better on a heavy playing surface. Counterpart Ross Etheridge next turned away a replying cross from Sean Newton when Connor Smith had nicely spread the play.

Newton soon had a shot deflected behind after Hamza Bencherif had knocked on, but Johnson headed a great far-post opportunity wide at the opposite end. Smith was only speculative from distance by way of response before Burn picked up the first caution for a late challenge.

Ex-York forward Nti suddenly dragged wide when racing onto a long clearance from Etheridge just ahead of the interval, although there was enough time for Bartlett to badly scuff his kick from a back-pass.

Josh Law headed a Newton cross towards Etheridge upon the restart, but it was James Ferry then only denied by an upright after Bencherif had slipped.

Wharton replaced Aidan Connolly for the visitors ahead of the hour, with Johnson then heading a corner straight at Bartlett. Gray nodded another one onto the roof of his own net.

Seventeen-year-old McNaughton arrived into the action for Smith inside the final twenty minutes, but it was the hosts forcing a number of corners.

And they were deservedly rewarded as Chambers rounded Bartlett and tapped in after skipper Ryan Beswick’s free-kick was headed down with fifteen minutes remaining.

Elliott soon drove at Bartlett on the angle and Nti was blocked again, until Bartlett parried from goalscorer Chambers. Newton’s reply from long-range was absolutely nowhere.

Former Darlington product Steels, 16, then became one of the club’s youngest-ever debutants when taking over from David Ferguson in a final desperate last throw of the dice.

But York were simply awful and still hadn’t produced a single attempt on target – and it was their former favourite Chambers lifting over an Nti cross before Bencherif cleared well as he threatened again.

Gray screwed wide for the visitors in added time but once again it was never going towards goal, although Steels twice skipped around opponents in their final couple of brief thrusts.