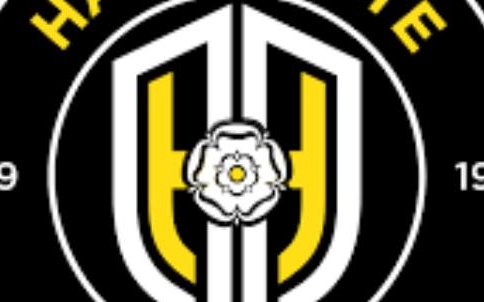 Injury-hit York City suffered their first home defeat since the turn of the year as neighbours Harrogate Town completed a well-earned league double with a 2-0 victory at Bootham Crescent.

Former York loanee Jake Wright gave them the lead after a scoreless opening half before Mark Beck – a target for his ex-Darlington boss Martin Gray earlier in the season – headed a decisive second.

There were earlier four changes from Gray, a couple of those enforced, with alarmingly no recognised strikers in his starting line-up as Connor Brown, Adriano Moke, Simon Heslop and Connor Smith replaced Jonny Burn [groin], Alex Pattison [ankle], James Gray and Raul Correia.

In better news, there was a welcome return on the bench for Clovis Kamdjo after over a year on the sidelines with a cruciate ligament injury.

The visitors’ George Thomson almost got on the end of an early Joe Leesley free-kick towards the far post, that after Aidan Connolly had already gone down injured when threatening on the break.

Right wing-back Josh Law soon replied across goal at the other end before former York centre-back John McCombe clattered into Connolly and David Ferguson had a shot blocked.

But the first direct effort on target arrived midway through the opening half as recalled midfielder Heslop sent goalkeeper James Belshaw towards his top corner from around twenty-yards.

Moke’s cross from the right was then only just diverted away from recent first-time goalscorer Smith by Ryan Fallowfield, although Adam Bartlett then superbly clawed away from Wright and Leesley wastefully lashed over from close-range.

Shooting towards the ‘Shippo’ in the second-half, York conceded their first corner of the afternoon early on but Bartlett easily collected McCombe’s header.

However, Bartlett’s weak goal-kick was then played out for ex-City loanee Wright to drill across the former Darlington keeper and into the far corner to open the scoring.

Seventeen-year-old Flynn McNaughton immediately replaced Brown, with skipper Sean Newton moving back into defence; although Smith next forced Belshaw to turn over and Newton headed against the crossbar from Laws’ resultant corner, with Daniel Parslow’s follow-up landing on top of the net.

Harrogate lost goalscorer Wright to a knock on the hour, but it was Dominic Knowles next slicing wide before unmarked substitute Beck decisively headed in Leesley’s inviting 67th minute free-kick to double the lead.

Marksman Beck should then have added another from Knowles’ cross, while Law blocked well from another substitute, Jordan Thewlis.

Correia was in turn only wayward following decent work from fellow replacement McNaughton, that ahead of Kamdjo making his return at the expense of Heslop during the later stages.

Defender Hamza Bencherif – now pushed up into attack – dragged wide late on, but it really was a forlorn hope for a side with absolutely no firepower to start any recovery.