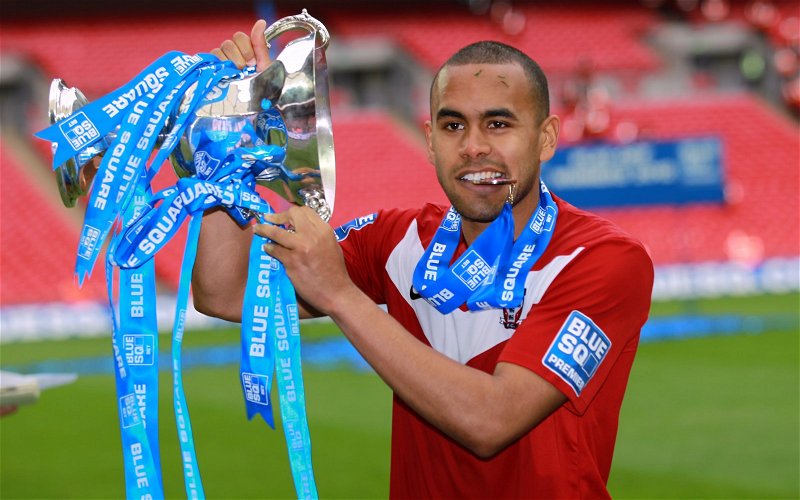 “I’ll never get tired of scoring goals so my strive will always be to score goals,” Chambers told Kidderminster’s official YouTube channel. “The fact that the way Kidderminster play with fast attacking football, there’s going to be many more chances for me to score goals. I’d be disappointed if I didn’t score a lot of goals, so I’m really looking forward to it.”

Beginning his career with hometown club Leicester City, Chambers struck 23 goals in 140 appearances for the Minstermen after initially arriving on loan at Bootham Crescent in November 2010.

The most significant of those was a glorious equaliser in the memorable 2-1 play-off final victory against Luton Town at Wembley Stadium in May 2012. He’d also been a starring performer in their FA Trophy final success over Newport County just eight days earlier.

Chambers has since included spells with Cambridge United, Dagenham & Redbridge and Grimsby Town while accumulating over 320 senior games and registering 70 goals – and has also been capped for England ‘C’.

Kidderminster missed out in the play-offs for a second successive time last season when being defeated by Bradford Park Avenue.